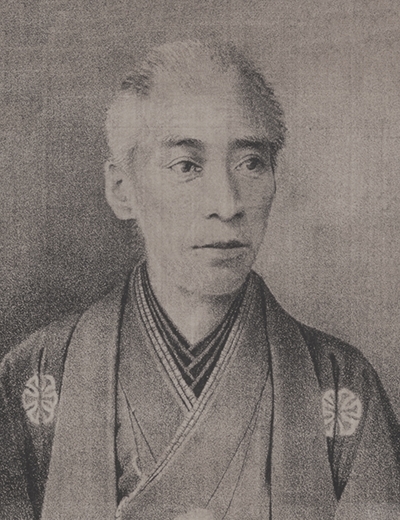 SATO Takanaka learned modern medicine in Nagasaki from Pompe van Meerdervoort, a Dutch naval surgeon, and was regarded as the best doctor. Drawing upon the experience, he introduced the era's most advanced medical practices and knowledge to Juntendo, while also translating foreign texts into Japanese. Later, upon the request of the Meiji Government, together with some of his students, he came to Tokyo in 1869 and endeavored to advance modern Western Medical education within Japan as the first president of Daigaku Toko (the predecessor of the University of Tokyo Faculty of Medicine). In addition, he was appointed as Chief Physician to the Meiji Emperor. Takanaka eventually returned to Juntendo and established Juntendo Medical Society, continuing to promote the modernization of medical education. The influence of Takanaka also included playing an integral role establishing medical schools, which subsequently developed into Nippon Medical School, Tokyo Medical University, and Tokyo Women's Medical University and educating their students.

Juntendo Continued to Develop in Sakura

A school record from 1865 lists the names and birthplaces of approximately 110 students from around Japan, class schedules, textbooks used, and the names of the lecturers.  The record demonstrates the systematic nature of the medical education.

Map of the Birthplaces of Sakura Juntendo Students

This map indicates the prefectures of the students from the school record in 1865. The map reveals that students gathered in Sakura from around the Japan. 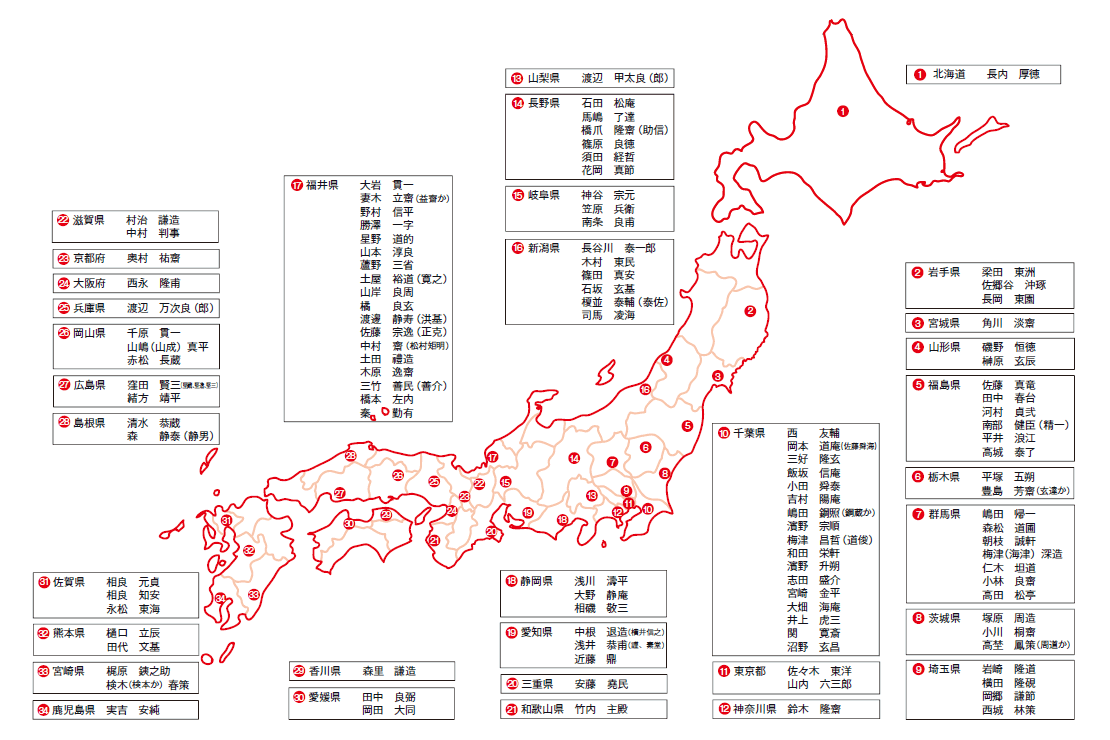 In 1873, Juntendo established a hospital with 50 beds near present-day Akihabara Station. Several additions were made to the building, covering 1,650 m2, but over time more space was needed. In 1875, an additional 10,560 m2 piece of land was purchased in Yushima, where Juntendo Hospital was built. This marked the opening of the Juntendo Hospital in Hongo-Yushima. 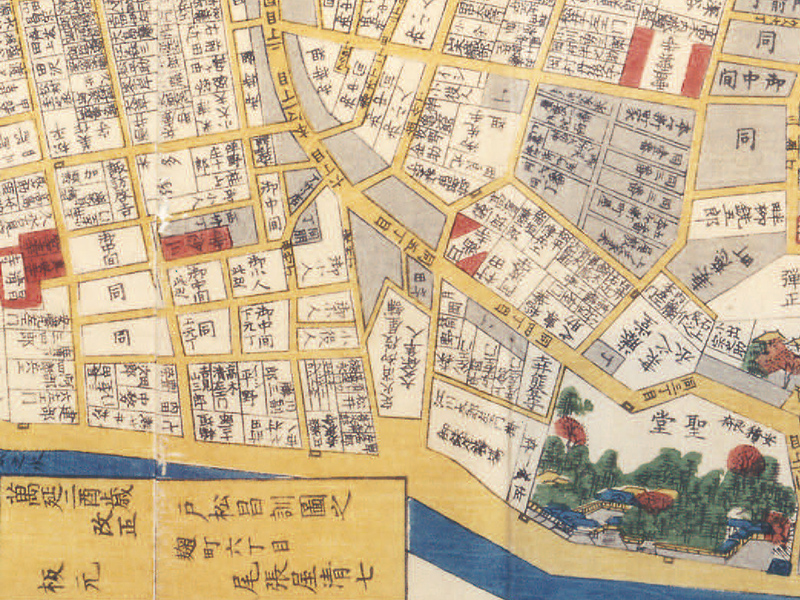 Details from rules in 1875 noted information such as the need to submit legal domicile and guarantor documents, as well as additional details about hospital rooms, nurses, attendants, and prices for treatments and medications. 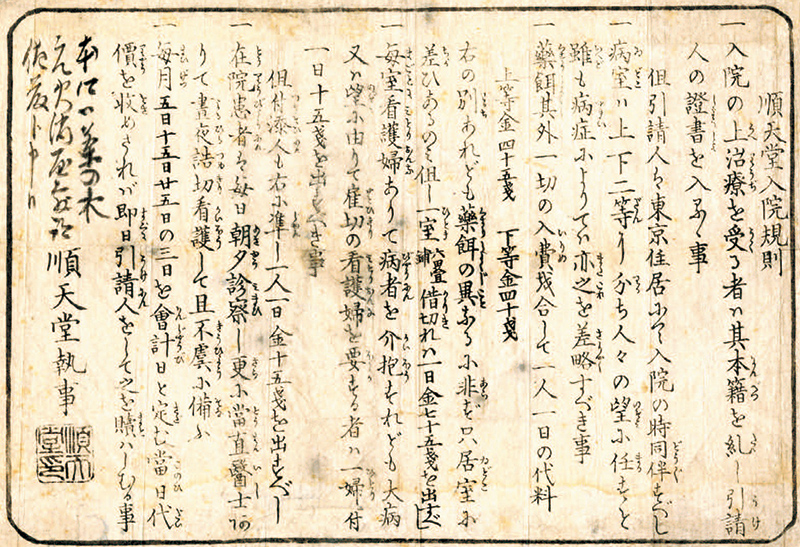 Takanaka, Distinguished Scholar and Senior Physician to the Emperor

At the request of the new Meiji Government, Takanaka left Sakura and went to Tokyo in November 1869, appointed as a Distinguished Scholar and the first President of Daigaku Toko, he endeavored to modernize medical education. In October of the following year, he received another appointment as the senior physician to Emperor Meiji. He proposed medical system reforms to the Imperial Household Agency emphasizing the need for large hospitals and branch clinics within each ward of Tokyo to respond to the rapidly growing population.

Appointment as a Distinguished Scholar at Tokyo University, December 1869

Appointment of SATO Takanakaas a Distinguished Scholar at Daigaku Toko, sent by the government to the Governor of Sakura Domain.

Takanaka in His Attire as the Physician to the Emperor

As a senior physician to the Emperor, Takanaka woke up early everyday to give himself time to dress in the appropriate attire and sit in the mist of incense to purify his mind and body before he visited the Imperial Court. Endeavoring to promote medical reforms in the Imperial Court, Takanaka proposed a simpler outfit that would be better suited for physical examinations. 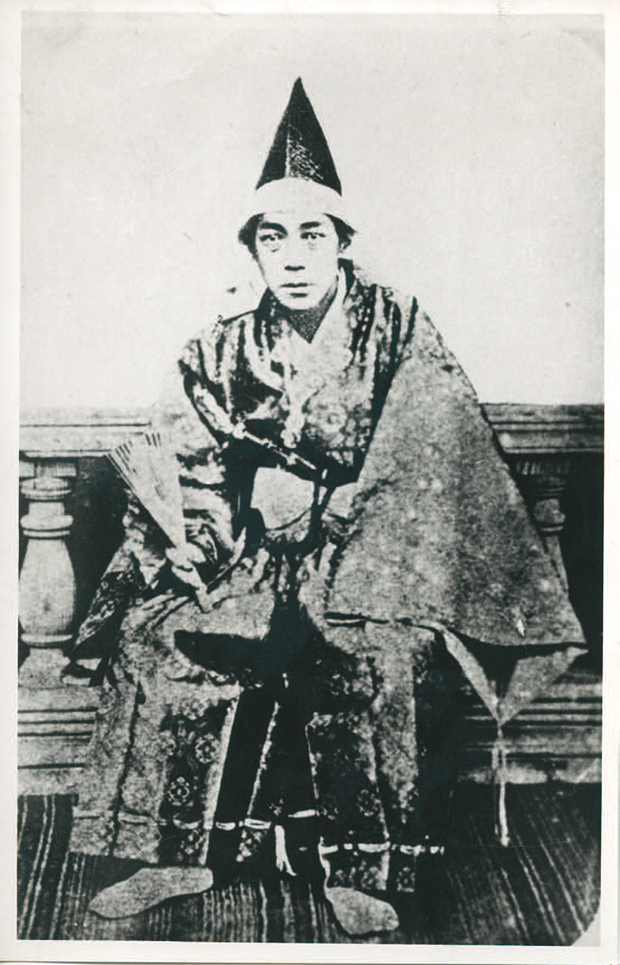