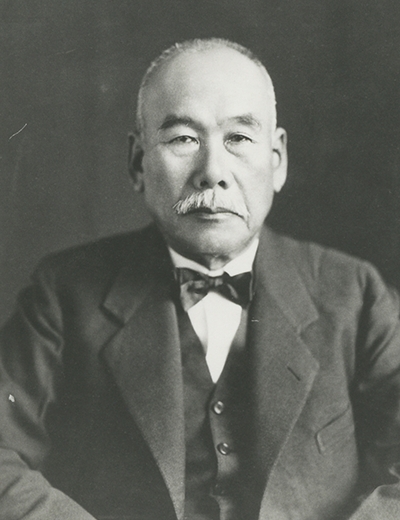 As the first CEO of Juntendo, SATO Tatsujiro endeavored to improve the prospects of Juntendo before and after World War II. He studied abroad at both Berlin University in Germany and Vienna University in Austria. In 1923, Tatsujiro helped rebuild Juntendo following the Great Kanto Earthquake. In 1941, he established Juntendo Medical Society and as the CEO developed a specialized medical school that he turned into Juntendo Medical University. In 1951, he added the Faculty of Physical Education (currently the Faculty of Health and Sports Science) to Juntendo and became the first dean of the faculty. Following the addition of the faculty the university was renamed Juntendo University. While maintaining his position as Juntendo University Hospital Director, he also worked to establish Tokyo Medical University, helping to develop the university as its first president and then chairman of its board of trustees.

When the Great Kanto earthquake occurred in 1923, doctors, nurses and staff swiftly evacuated over 200 inpatients, thereby saving all their lives.  At the time, the hospital was fortunate to have an equal number of nurses and patients, with one nurse responsible for one patient. 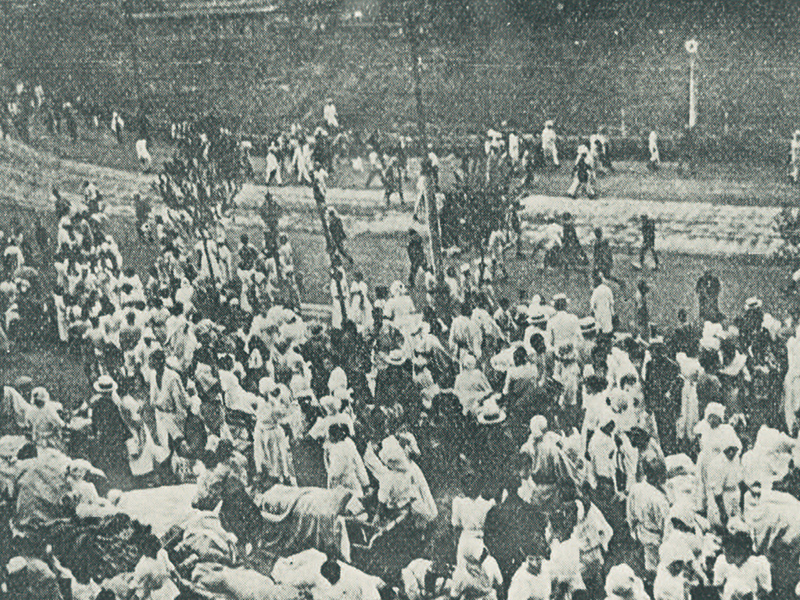 Six people were injured and the 4,534 m2 hospital was burned down. 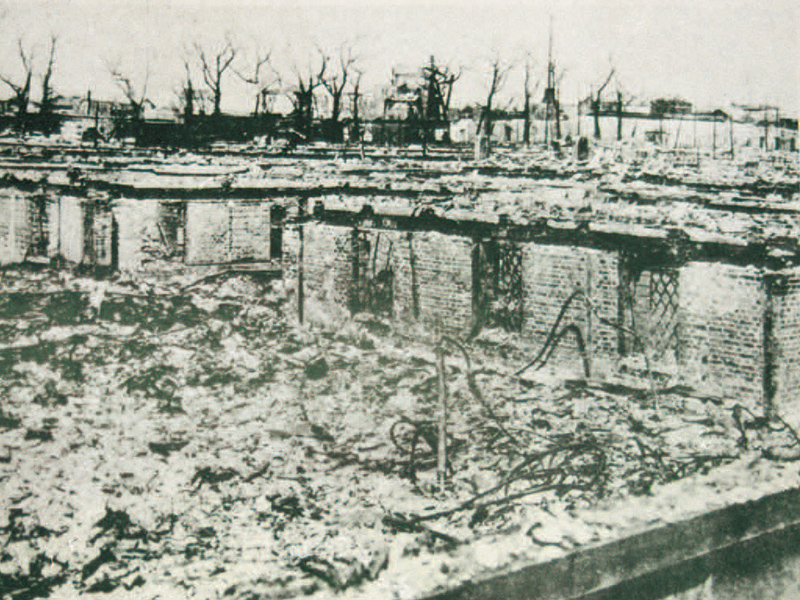 Rules for Inpatient and Outpatient Consultations During the Early Showa Period

Details of fees and precautions for outpatient consultations, hospitalization, and surgeries.

"仁" [Jin, I exists as you exist] emblems were printed in the four corners of the patient registration card. On the back of the cards the explanation was available in Japanese and Chinese. 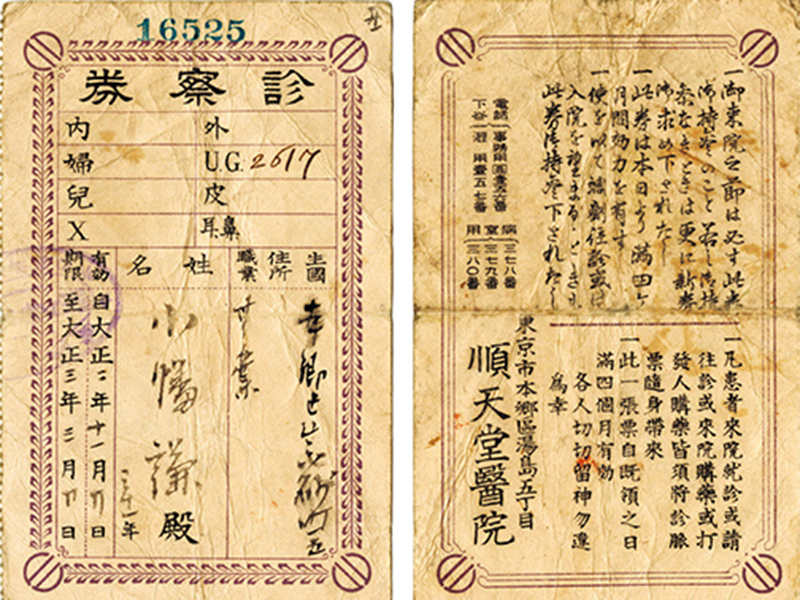 As the war worsened, medical staff from Juntendo Hospital were drafted, leaving the  hospital shorthanded.  Many obituaries for staff who died during the war were published in the Juntendo Medical Research Journal. 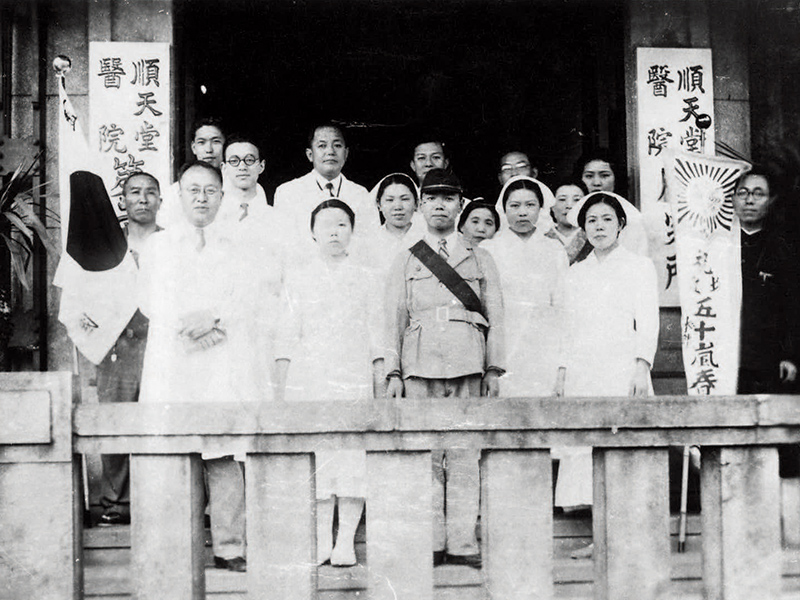 Medical staff going to the war 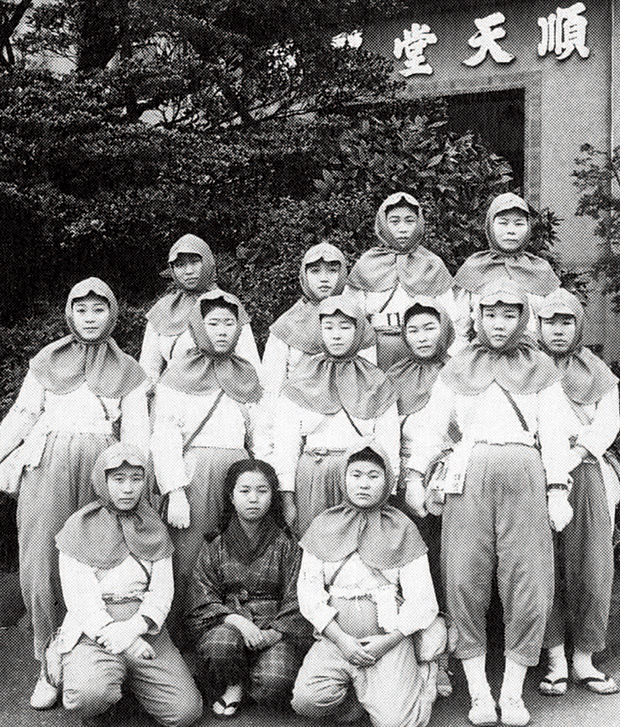 Nursing students during the war, 1944

The Juntendo Hospital Nurse Training School opened in 1896. After the establishment of a set of rules in 1915, the following year the school became the Nurse Training Center. Subsequent reforms to the academic system led the center to become the Juntendo University Faculty of Health Care and Nursing. 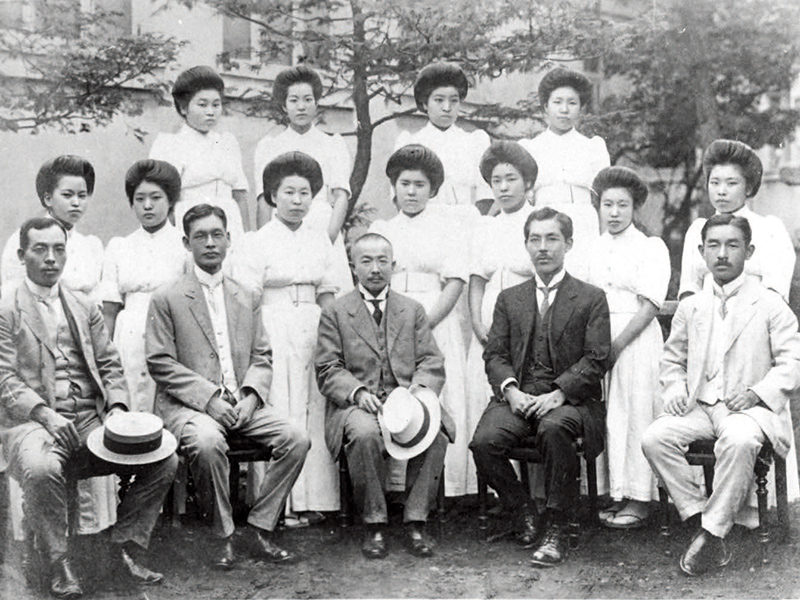 Juntendo Hospital was lost to fire during the Great Kanto Earthquake. In 1926, reconstruction on a new hospital began and on November 24, 1927 the construction was completed. In January of the following year the hospital re-opened its doors. Featuring an earthquake-proof and fire-proof reinforced steel-frame structure, the 3-story building had patient rooms on each floor and was equipped with the latest patient transport elevator. 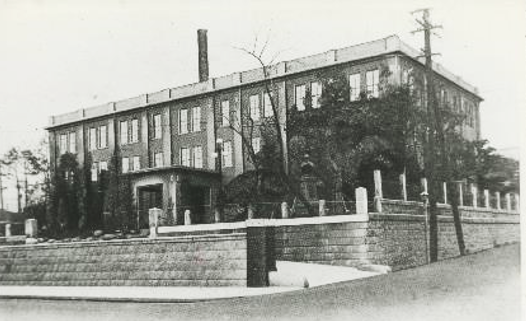