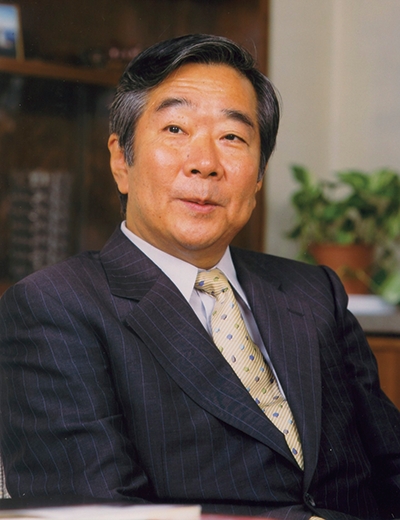 Following the inauguration of OGAWA Hideoki as President in 2000, he organized a team called the President's 20 Projects (currently the University Management Liaison Council) to improve the university by implementing a reduction of the tuition for medical students and an honor student system and reforming the academic curriculum, clinical research, collaborative research, and graduate school research within the university. With a grant from the Ministry of Education, Culture, Sports, Science and Technology, he established fifteen academic and research centers including the Atopy Research Center, for which he played the role of its director, Center for Biomedical Research Resources (SPF), Institute for Environmental and Gender Specific Medicine, Center for Sportology, Institute of Health and Sports Science and Medicine, Clinical Research and Trial Center, and International Center. In addition, he established the Faculty of Health Care and Nursing, Faculty of Health Science and Nursing, Faculty of International Liberal Arts, Faculty of Health Science, Tokyo Koto Geriatric Medical Center, and Nerima Hospital. His accomplishments transformed Juntendo University into a health integrated higher education institution with six faculties and six hospitals.

Acutely aware that the most immediate issue facing the institution was to swiftly overcome its strained finances and establish a stable financial foundation, OGAWA Hideoki established the President's Committee (currently the University Management Liaison Council) immediately after his inauguration as president in 2000.He carried out a series of innovative reforms to swiftly stabilize the financial state of the university.

The project ensured that after the completion of one project the university would be able to transition to another project.

Juntendo University International Center (JUIC) was established in 2008 with the aim of further promoting the international education and research of faculty and students. 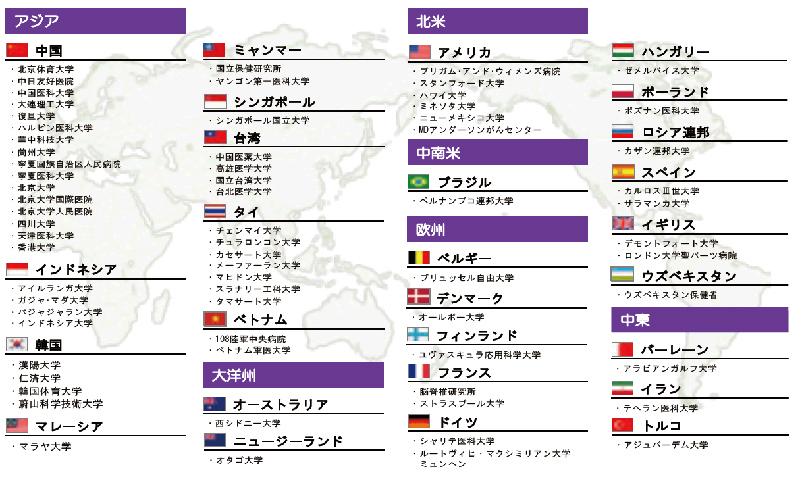 Held at Juntendo University and attended by Prince and Princess Hitachi. 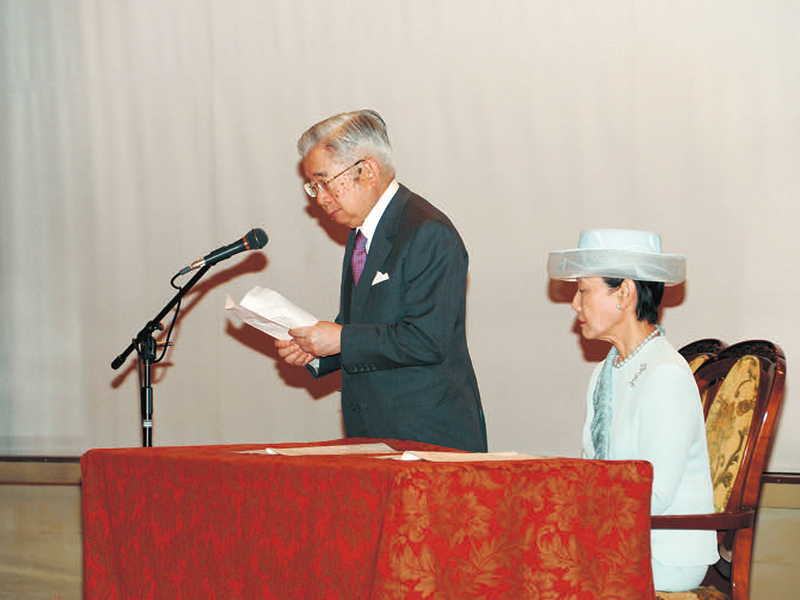 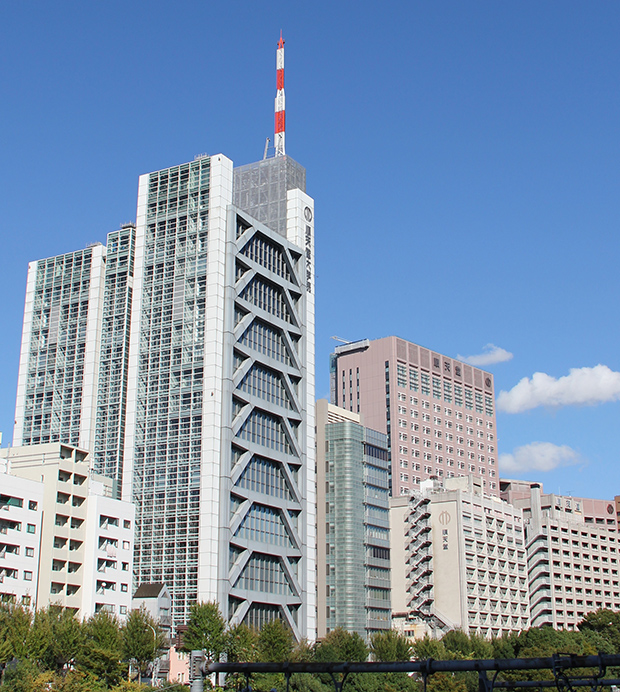 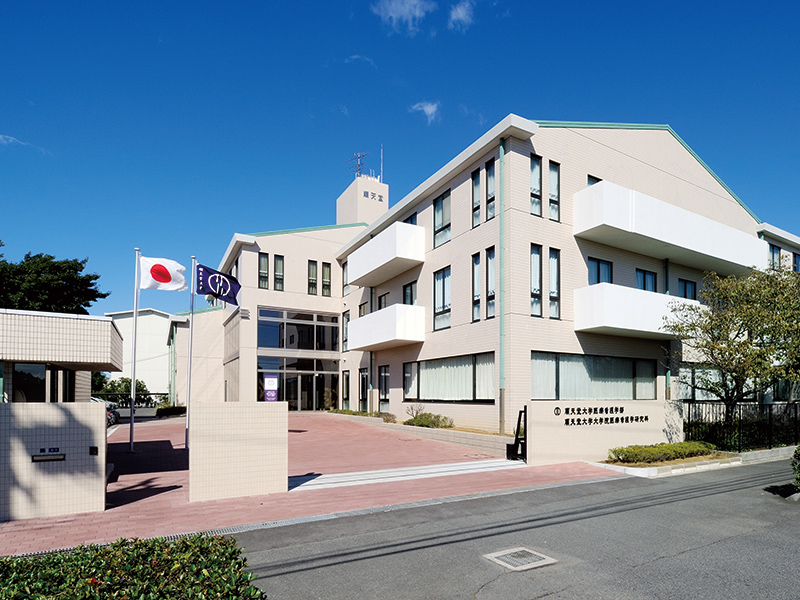 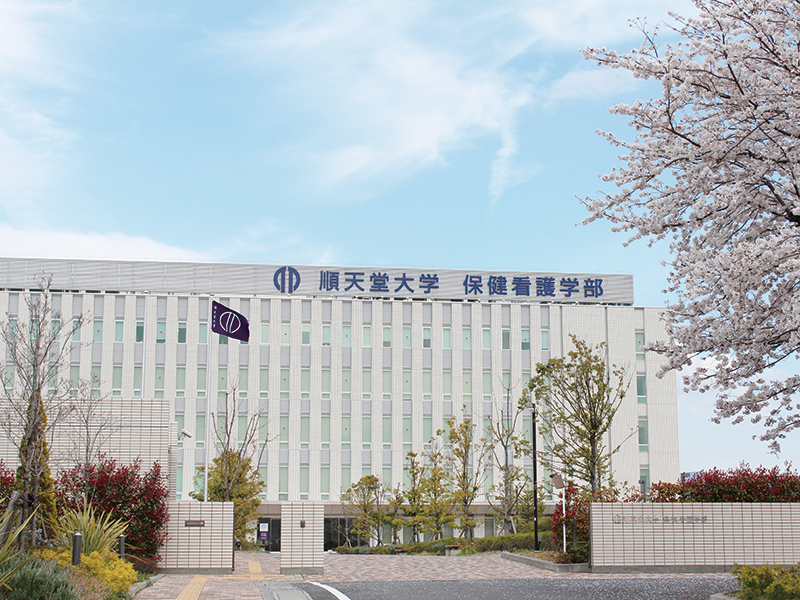 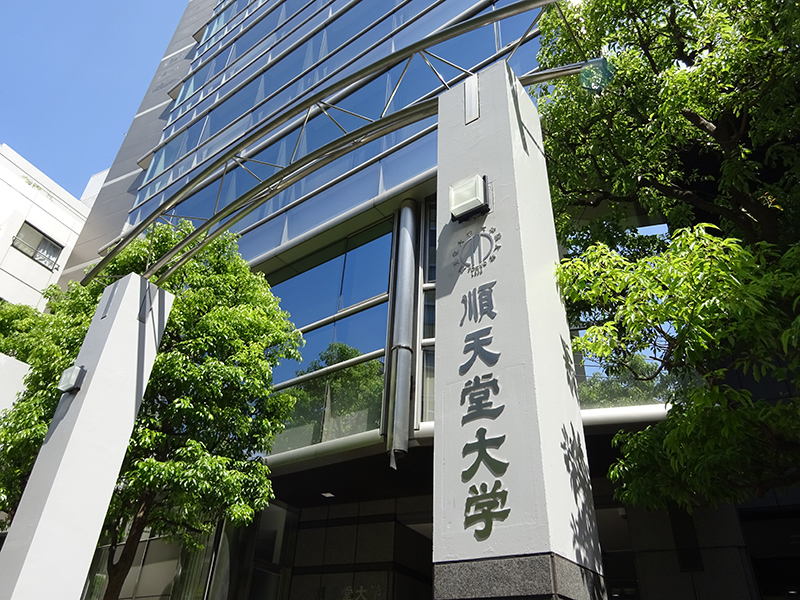 Establishment of 15 centers and research labs with authorization and a subsidy from the Ministry of Education. 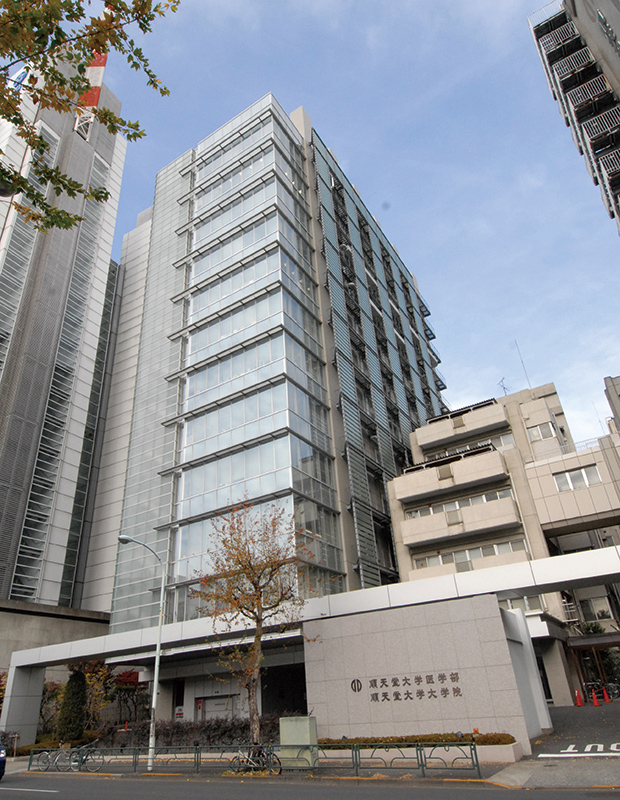 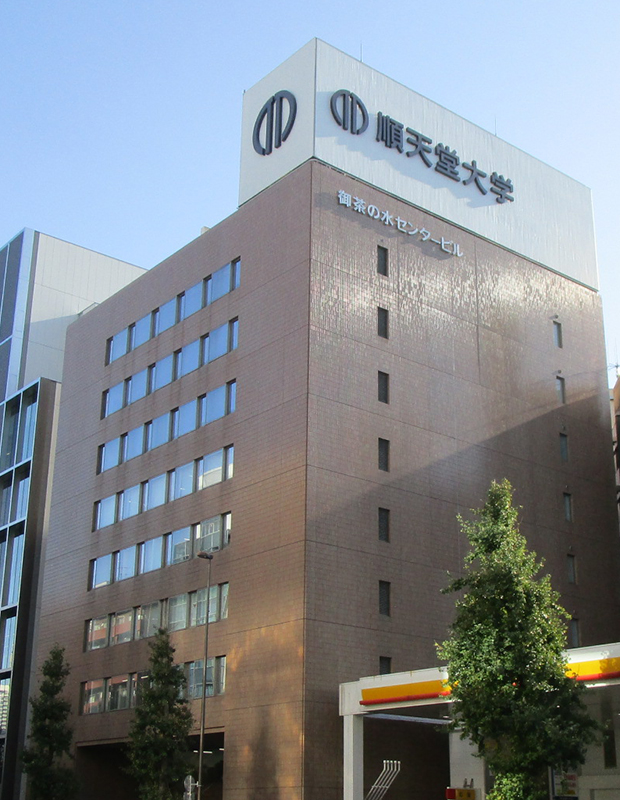 The six affiliated university hospitals compose a comprehensive university hospital network with a total number of hospital beds that exceeds 3,400, allowing the hospitals to treat the needs of a wide variety of cases with specialists who are experts in their field.  Additionally, the Department of International Healthcare ensures international standards throughout the hospital network and a coordinated referral system. 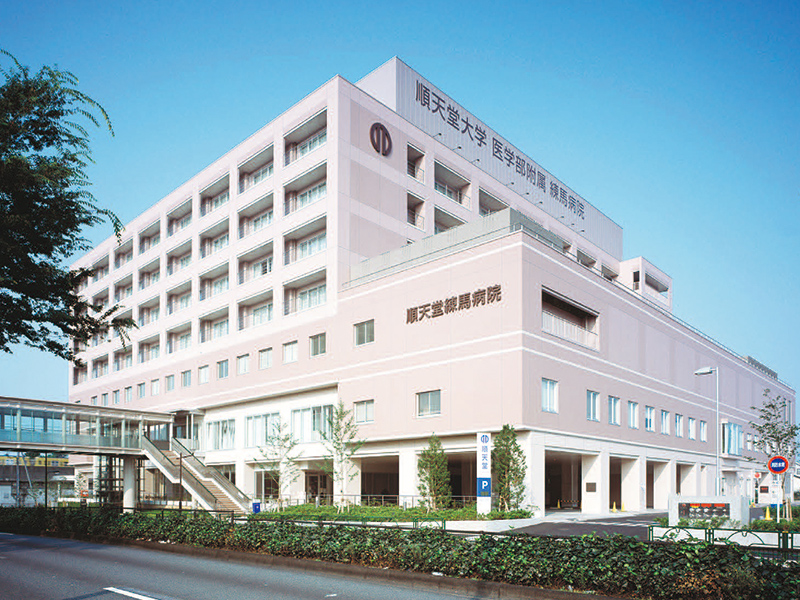 On April 10, 2014, their Majesties the Emperor and Empress of Japan attended the opening of the Japanese Medical History Museum and the Juntendo University 175th Anniversary Ceremony.   Venue: Ariyama Noboru Memorial Hall Auditorium 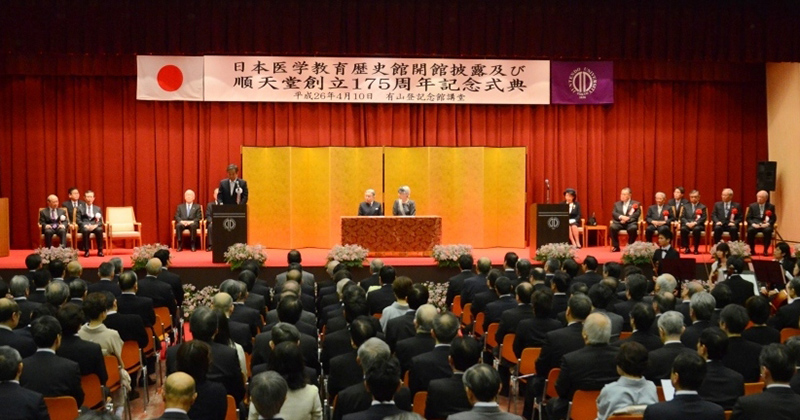 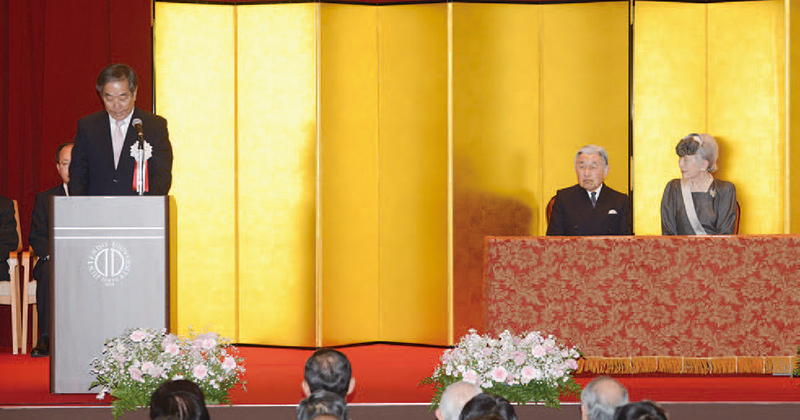 Following the Juntendo University 175th Anniversary Ceremony, their Majesties the Emperor and Empress of Japan toured the Japanese Medical History Museum located in Century Tower on the 17th floor. 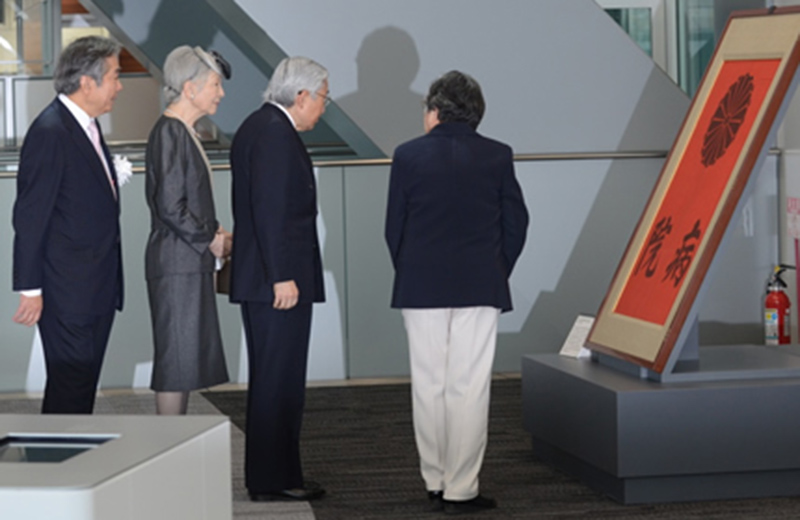 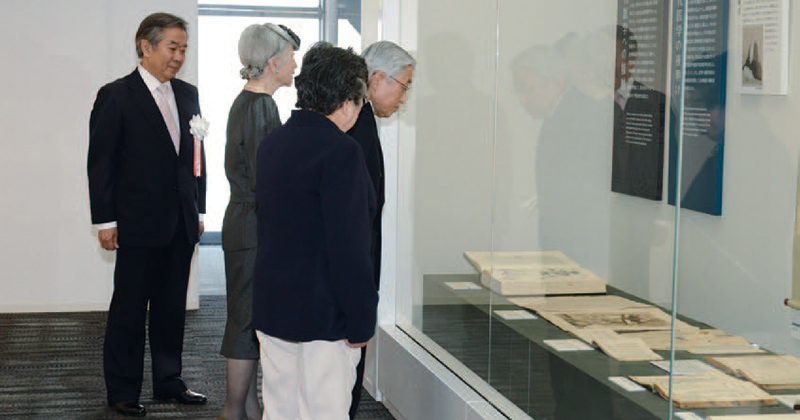 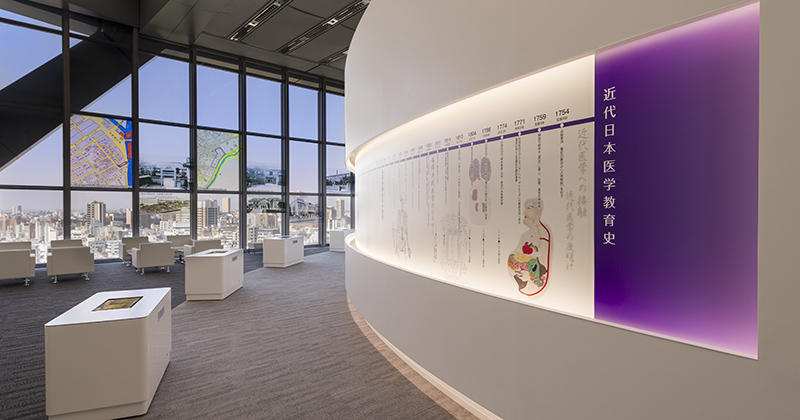 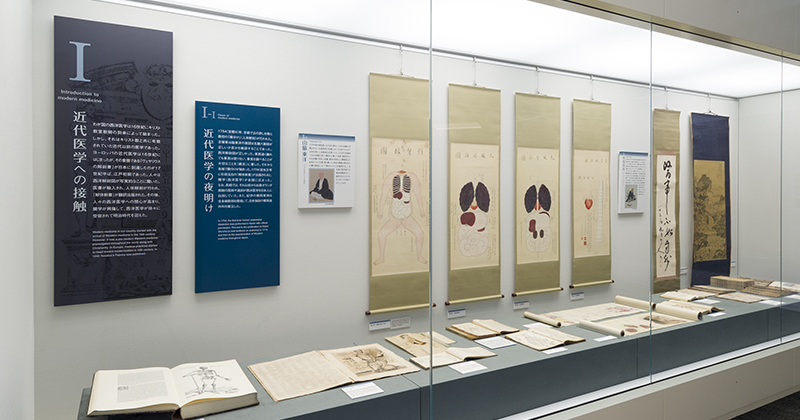 In commemoration of the 175th anniversary of Juntendo's establishment in 2013, the university, under the leadership of the CEO OGAWA Hideoki, embarked on a project to make the academic and hospital facilities environment friendly. To ensure the success of the project, a group with core members, consisting of current and past Faculty of Medicine Deans, Hospital Directors, and Board of Trustee members, were assembled to compose a plan based on a collection of the latest Japanese and international options available. Except for Building Number 1, the renewal project included the construction of new buildings (Academic Building 2, Academic Building 3, and Department of Radiological Technology Practice Building) and the renovation of existing buildings (Bldg. No. 2, Bldg. No. 3, Bldg. No. 5, Bldg. No. 7, Bldg. No. 8 A & B, and Bldg. No. 9). This 15-year project came to an end with the completion of a new research wing in 2020, providing academic and healthcare facilities with international standards in clinical medicine, research, and education. 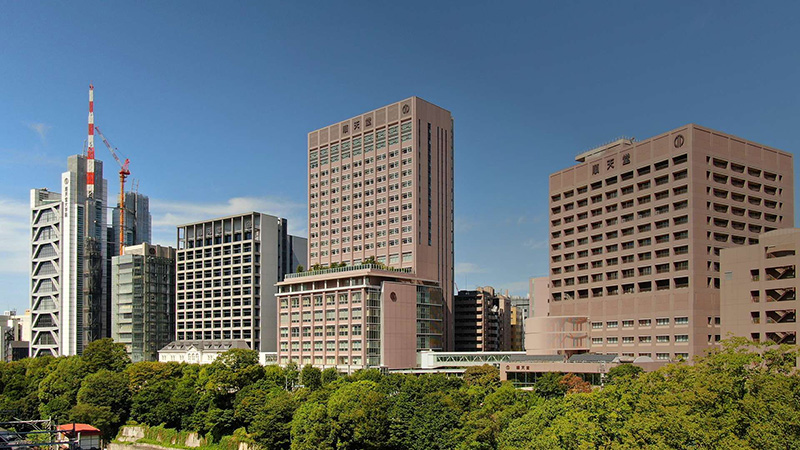 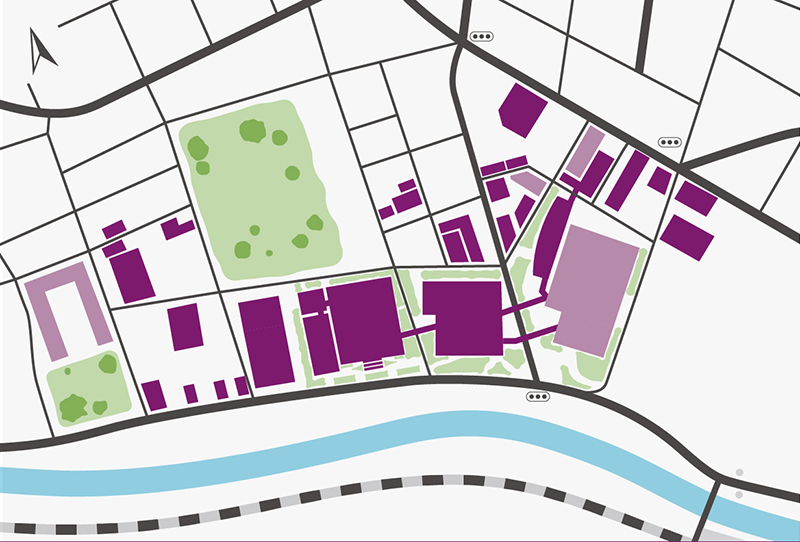 The completion of the research wing in 2018 marked the 180th anniversary of Juntendo and continued the objective of educating and supporting individuals who can make contributions to society on an international level. To promote interdisciplinary research between basic and clinical sciences the facilities offer open spaces, an auditorium, and conference rooms with the latest audio visual and information communication technologies to facilitate connections during the current global age. The building was the first university research facility in Japan awarded a Platinum Certification by the Leadership in Energy & Environmental Design (LEED), which is the highest level available. LEED is a United States rating system that recognizes innovative buildings constructed to create less environmental burden. 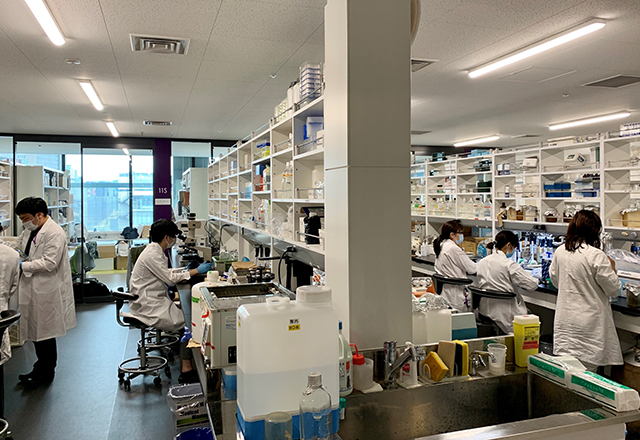 Reconstructing the Façade of Juntendo Hospital

The 9th Director of Juntendo OGAWA Hideoki proposed the reconstruction of the former Juntendo Hospital facade from the Meiji period (1868?1912). After discussions with individuals from Japan and overseas a detailed plan led to the construction of a wing on the front of the new research building that was a replication of the former hospital facade. The facade symbolizes the history behind Juntendo, while also showcasing the progress and reforms that made the current state of the university possible. 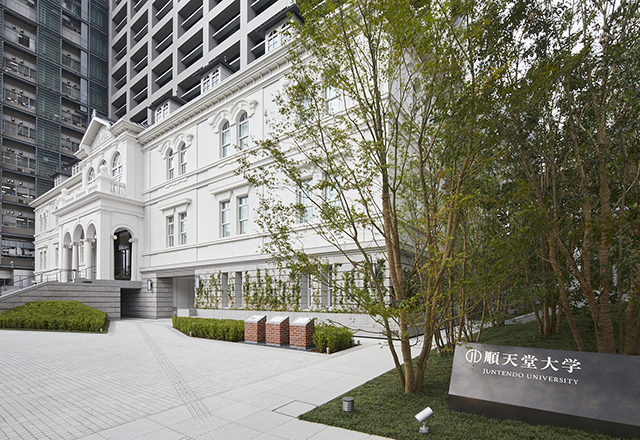 The new hospital buildings serve as a model both in Japan and globally on how to deliver ideal facilities that are safe, secure, and pleasant. The facilities provide the latest medical treatments, less burden on the environment, patients and staff with a comfortable space, emergency evacuation system, and other state-of-the-art features that will ensure the building is equipped to handle the needs of a hospital 100 years into the future. 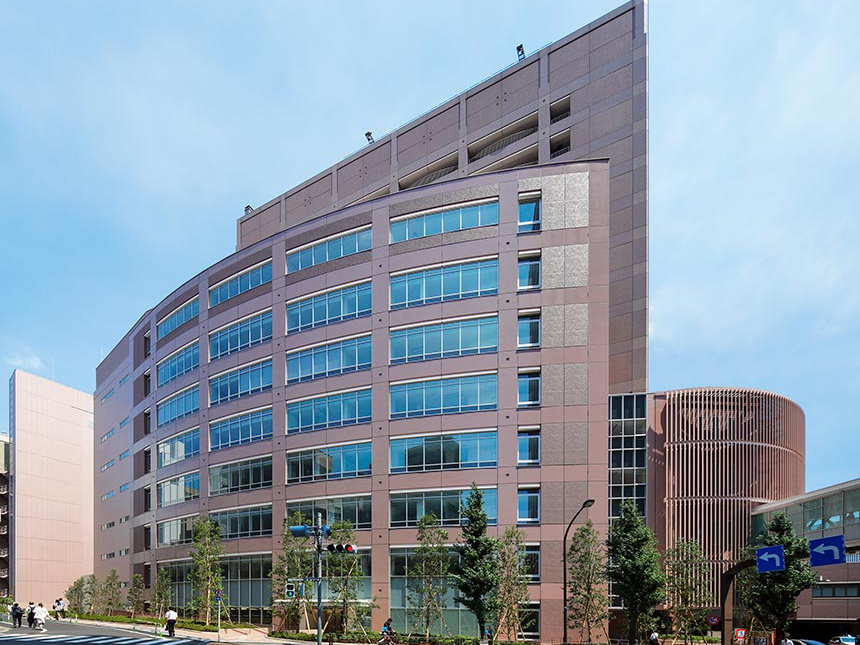 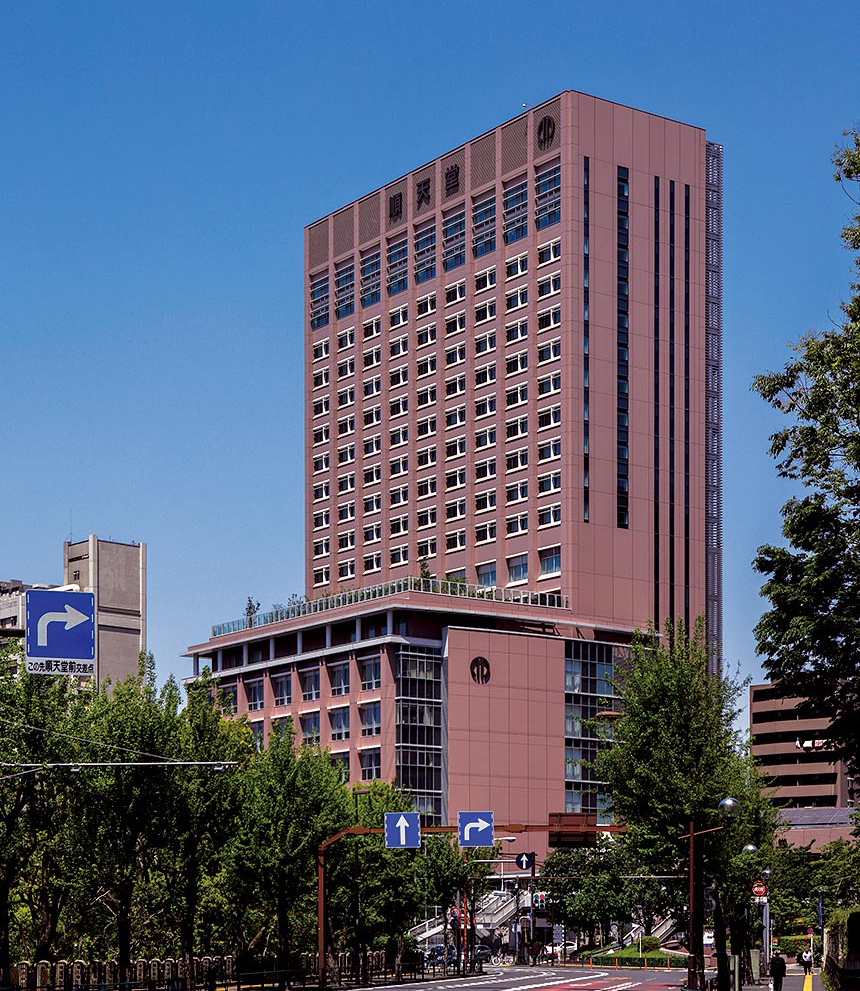 Enhancement of Each Affiliated Hospital and Campus 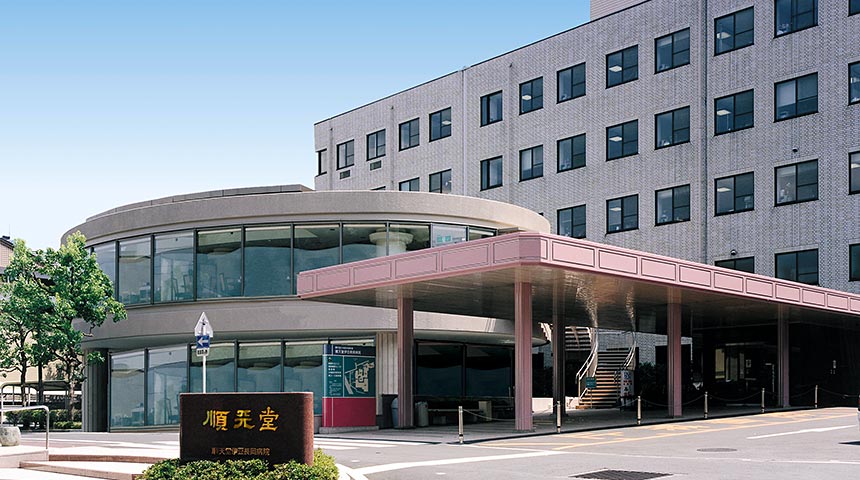 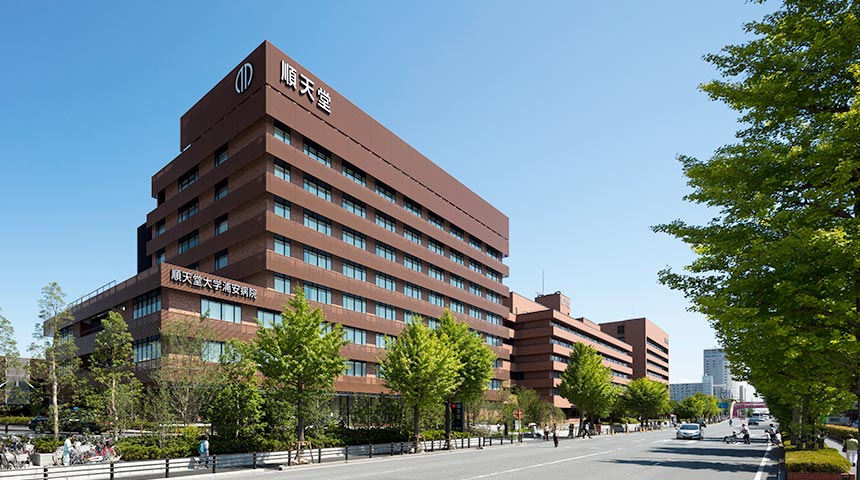 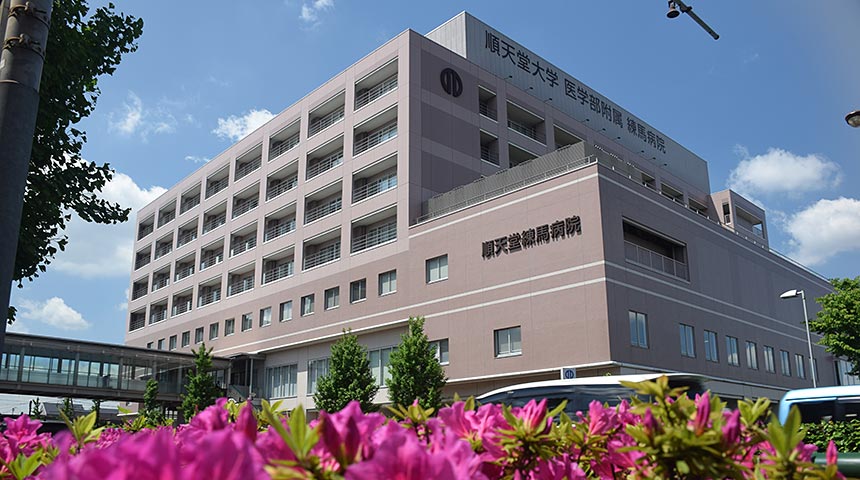 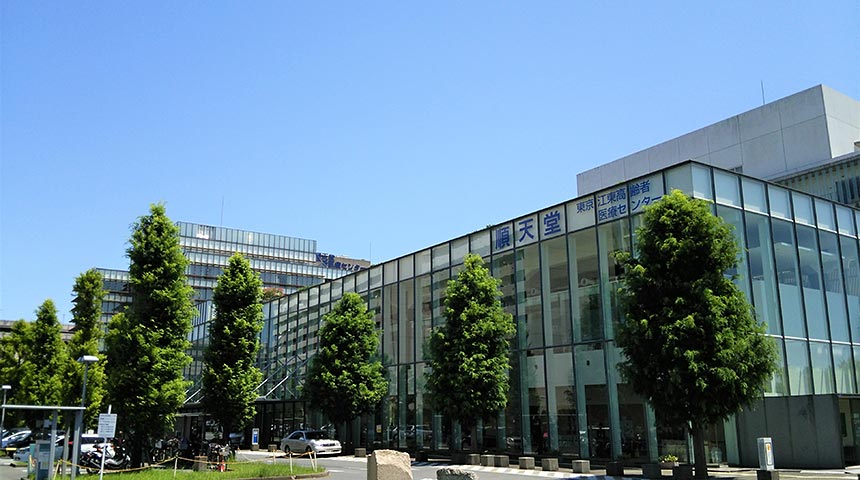 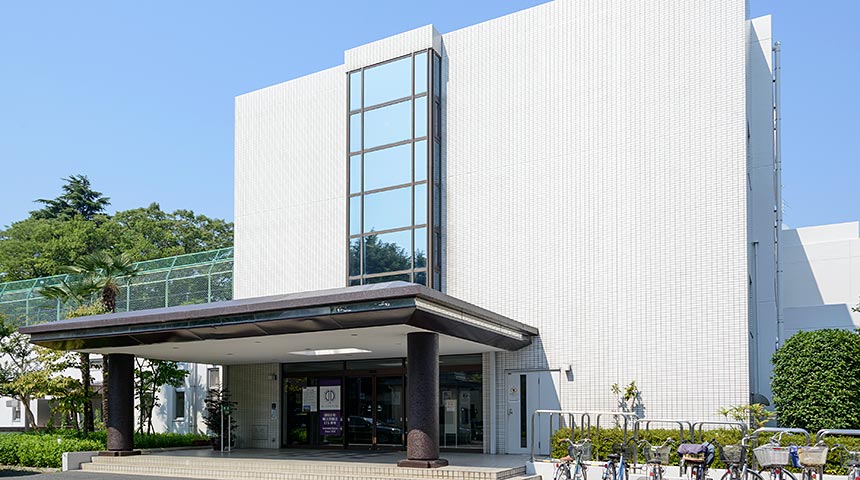 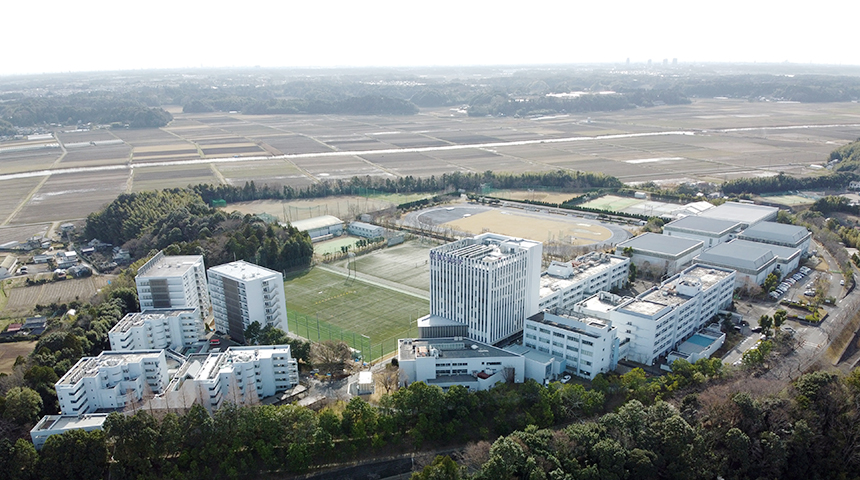